History of the Hospital

St. Petersburg Children’s municipal multi-specialty clinical center of high medical technology named after K.A. Rauhfus is one of the oldest children's medical institutions in St. Petersburg. It was built taking into account all the latest scientific achievements of that time.

Initially, the institution was named after Prince Peter of Oldenburg, with funds and under the care of which it was built. The institution was intended to treat the children of the "predominantly poor population."

The construction was supervised by a young talented doctor Karl Andreevich Rauchfus. The project of the hospital was developed by architect Caesar Albertovich Kavos.

On September 30, 1869, the first specialized children's multidisciplinary hospital in Russia was opened, which had three inpatient departments: surgical, therapeutic, infectious, as well as a visiting department.

At the International Exhibition in Paris in 1878, the hospital was awarded the highest award - the Great Gold Medal. In 1882 - a gold medal in Russia. In terms of layout and internal structure, the hospital is recognized as the best in the world.

For the first time in Russia and Europe, the hospital designed a modern ventilation, sewage and disinfection chamber. Patients were placed separately on the basis of infection and disease profile.

To comply with the hygiene rules, K.A. Rauchfus introduced white robes for doctors and a special uniform for nurses and nannies.

In 1919, the Prince Oldenburg Children's Hospital was renamed the K.A. Rauchfusa Hospital.

In 1925, an otolaryngology department and a physiotherapeutic office were opened, in 1926 - a neurological department, in 1927 - a department with boxes for infants. The number of beds in the hospital increased to 425.

In 1940, the hospital had 600 beds. During the Siege of Leningrad, the hospital worked as a children's hospital, assisting the wounded and burnt, helping to survive children with an extreme degree of exhaustion.

In 1959, the first anesthesiological service in urban pediatrics was organized. In 1970, the Department of Anesthesiology and Resuscitation was created. In 1967, a cardiology department began work for children with congenital heart disease of the first year of life.

In 1980, the Department of Surgical Ophthalmology was created, in 1983 - the neurotraumatological department, in 1989 - the neurosurgical. Diagnostic directions were expanded - functional diagnostics and the endoscopy department. In 1990, an ultrasound diagnostic office was opened, which allowed the hospital to become a center for diagnosis and treatment.

The hospital building in 2001 was included by the Committee for State Control, Use and Protection of Historical and Cultural Monuments in the list of newly identified cultural heritage sites of historical value.

In 2007 reconstruction and overhaul of the hospital began. The building on Suvorovsky Prospect housed an outpatient and advisory department with a day hospital, where small surgical operations are carried out.

In September 2010, under the leadership of the chief medical officer Vyacheslav Detkov, the reconstruction of the hospital was completed. Two new buildings were built. The area doubled, which made it possible to improve the living conditions of patients and use additional space to accommodate auxiliary rooms and technical needs.

In 2011, an ENT surgical department was opened, and a neuropediatric office was organized on the basis of the hospital.

In 2012, with the participation of the descendant of Prince Peter of Oldenburg, the museum of the history of the hospital was opened. Also this year, with the active support of the chief medical officer V.Detkov, the chapel of St. Peter and Paul was opened.

To help children with endocrine system pathologies and their parents, the Children's City Endocrine Center was opened in 2014.

In 2015, the institution became a first-level trauma center.

In 2016, the intensive care unit was expanded. In 2017, a medical rehabilitation department was opened.

Today, the hospital has nine departments of surgical and therapeutic profiles. The hospital has nine operating rooms with endovideosurgical complexes. The department of anesthesiology and intensive care is equipped with the most modern equipment. Computed Tomography (CT scan) and Magnetic Resonance Imaging (MRI scan) function.

Highly qualified doctors and nurses of the children's hospital provide 24-hour comprehensive medical care to small patients of all ages and stages of life. 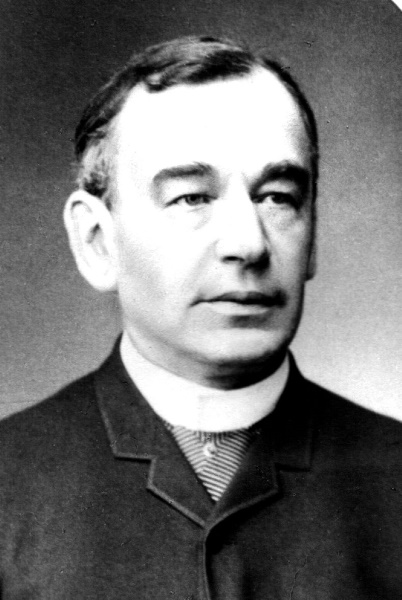 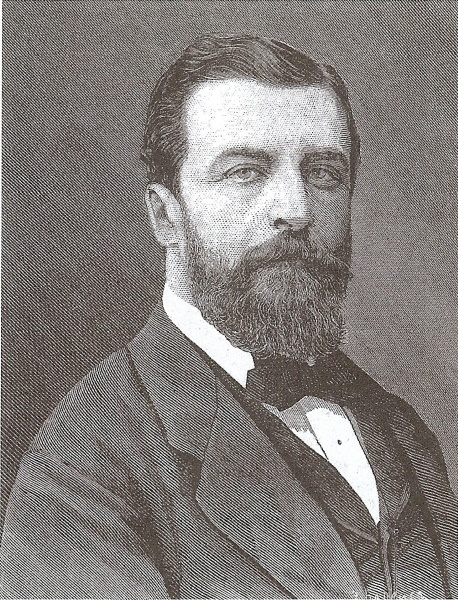 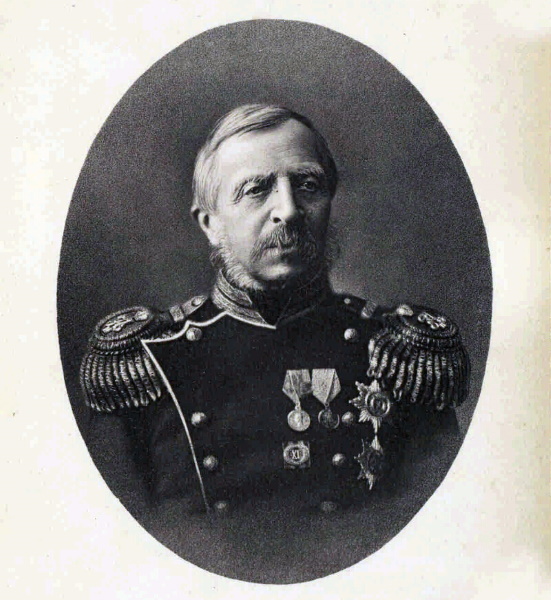 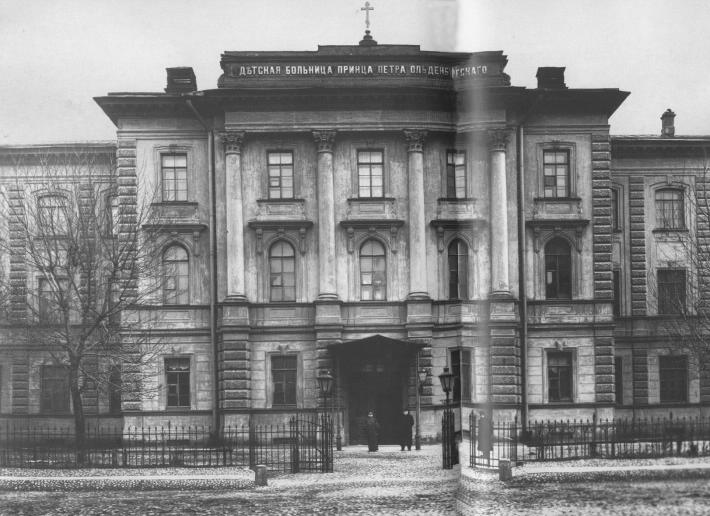 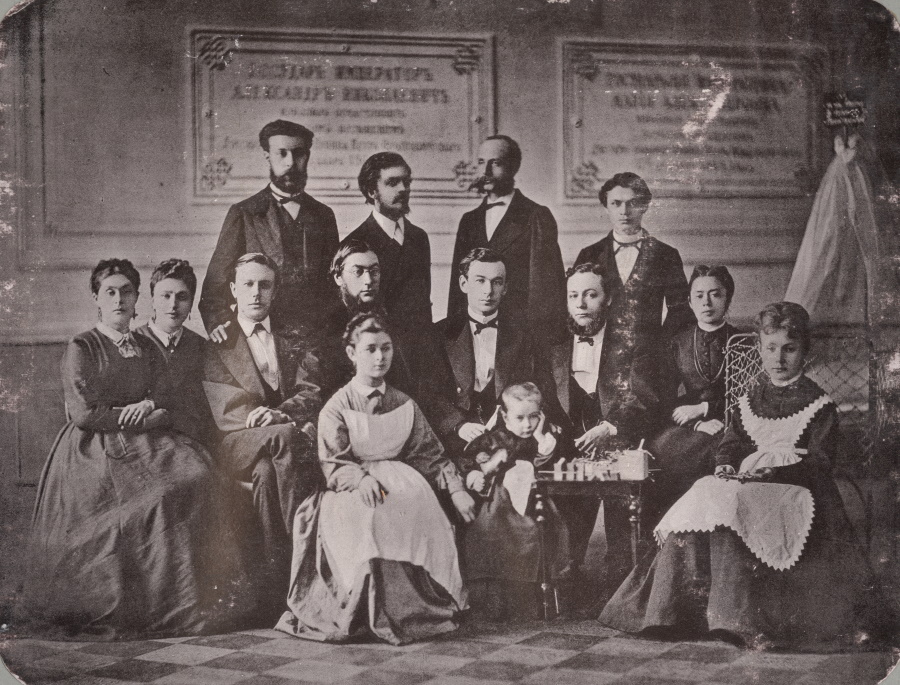 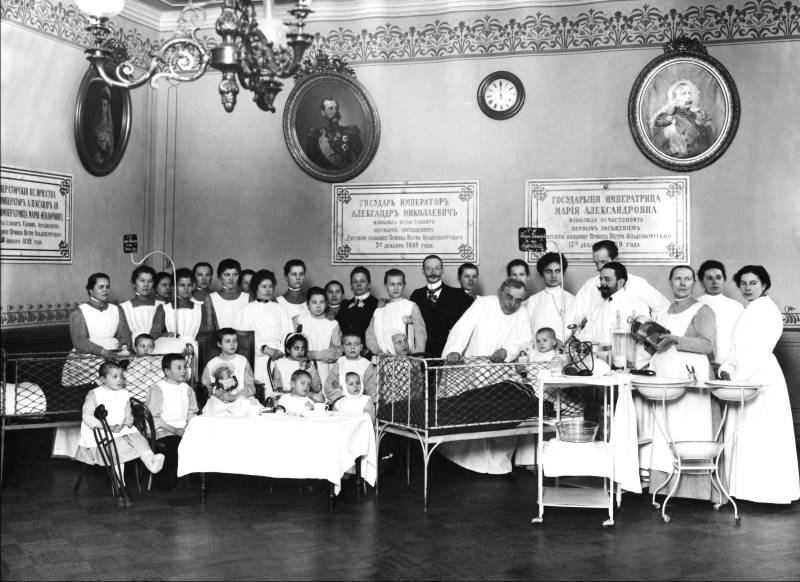 Karl Rauhfus with patients and colleagues 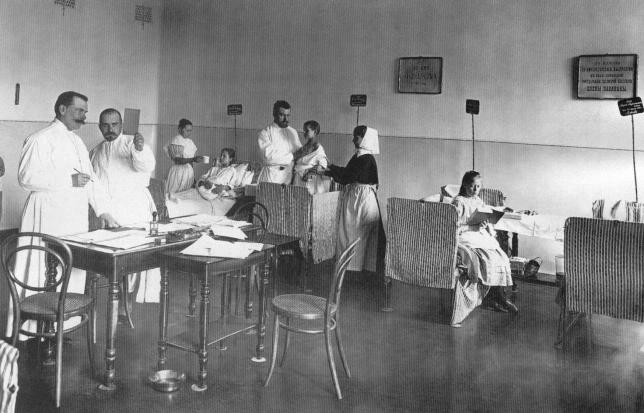 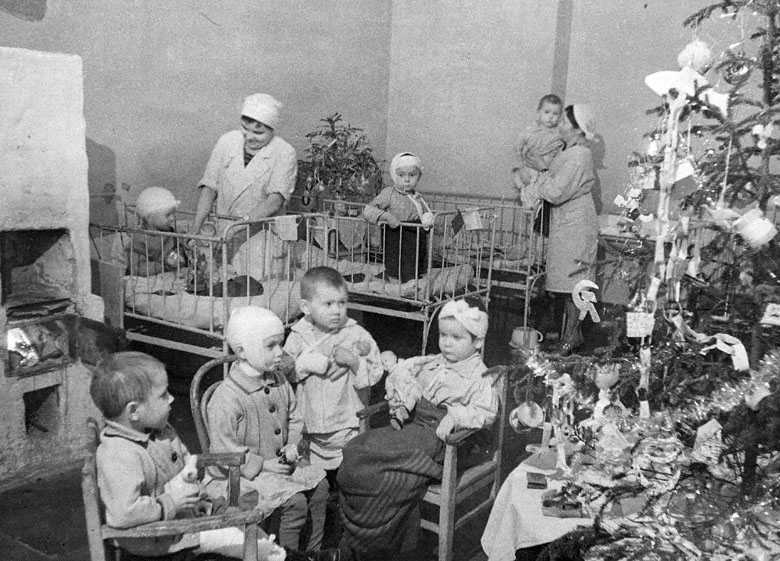 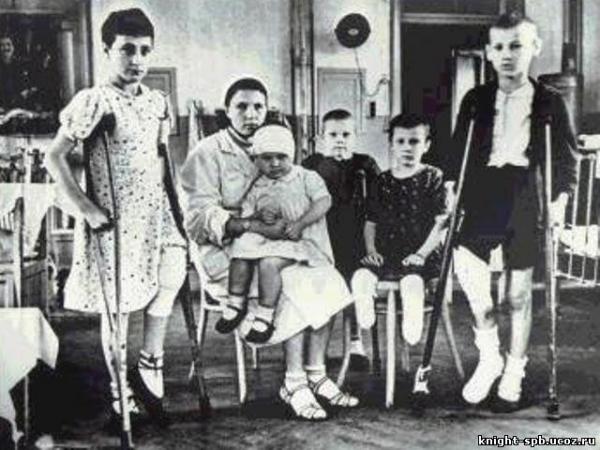 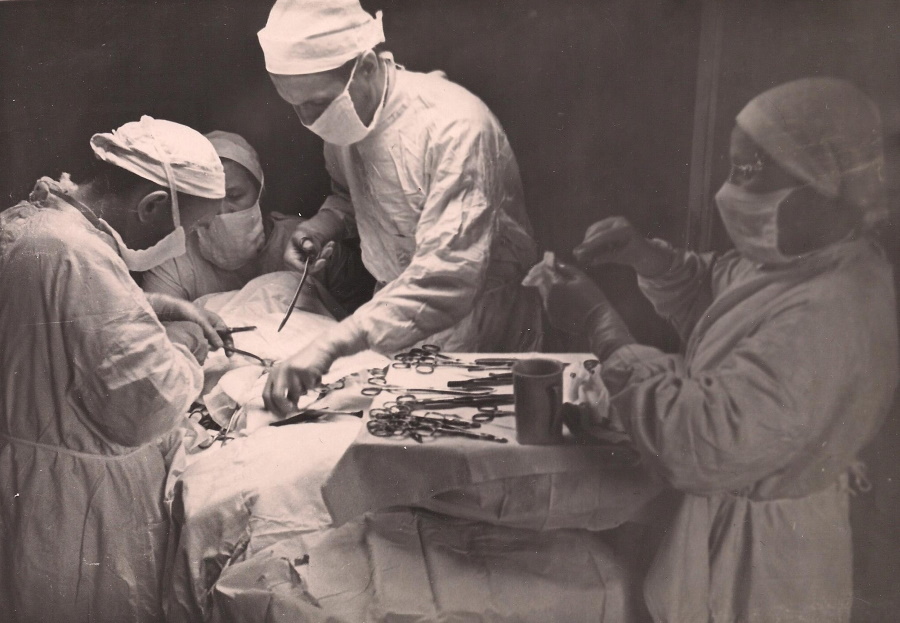 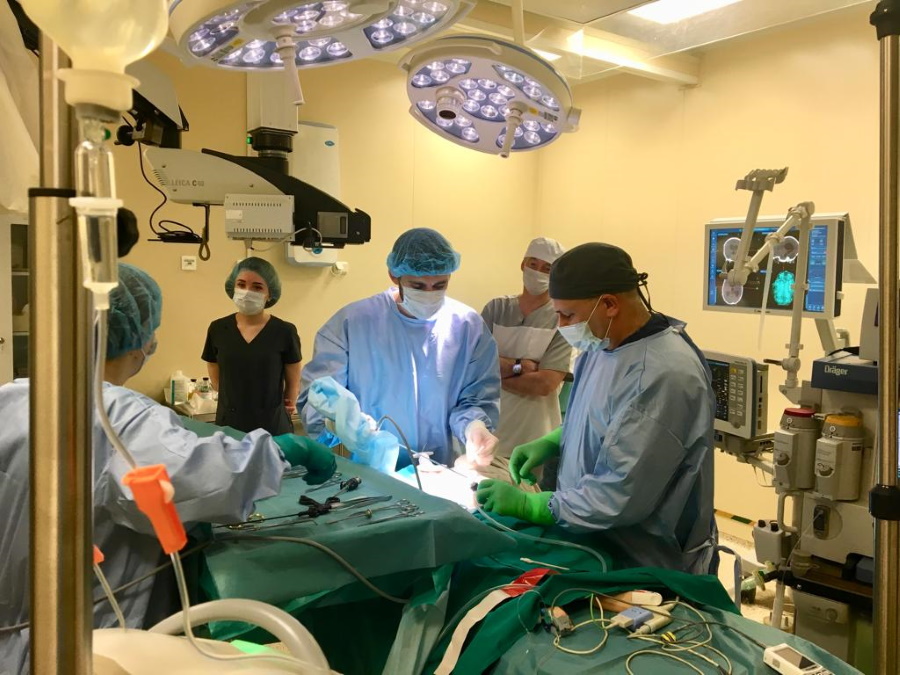 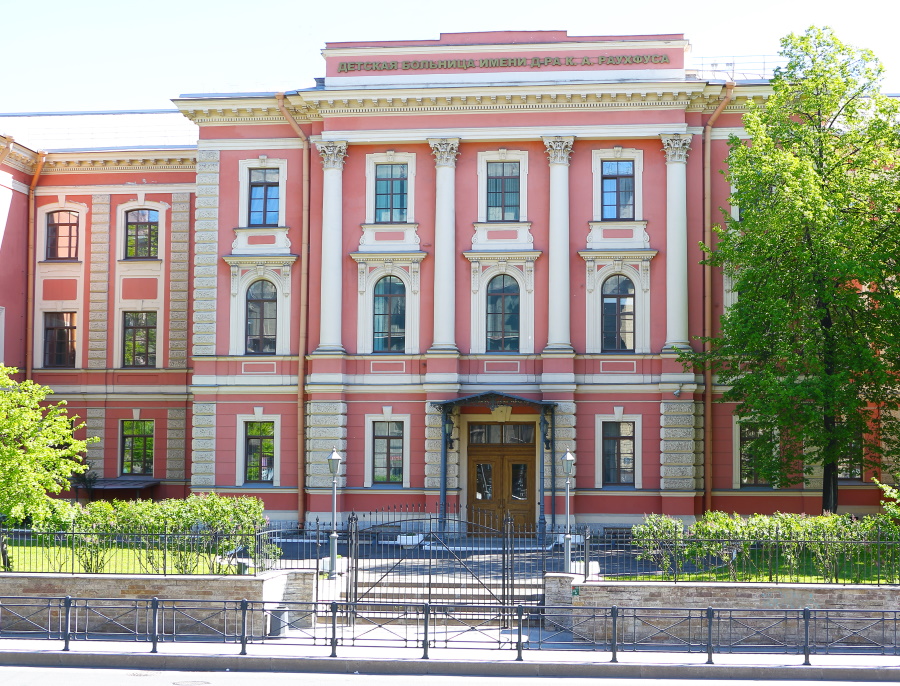 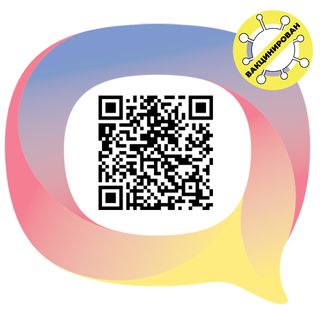 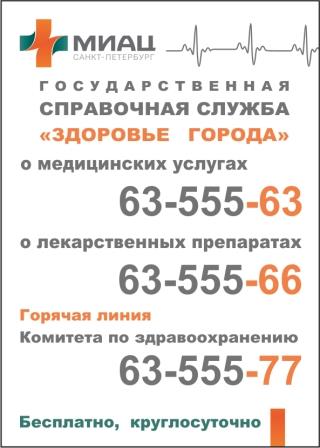